A standard treatment to reduce the production of testosterone in the belief this promotes PCa was based on work done by Dr Charles Huggins in 1940 when he began castrating men to reduce testosterone to zero. In 1966 he was awarded the Nobel Prize for his work. Millions of men were castrated right up to this year – until Dr Abraham Morgentaler pulled the original research (from the Harvard Library) and found that a) the research process was faulty and b) was based on a study of one man! See chapter 7, Suzanne Somers, Bombshell.

Despite the obvious contradiction between naturally reducing levels of testosterone as men age, with rising PCa, no one managed to check on this dreadful therapy for 80+ years. Hormone treatment is a kinder therapy than castration, temporarily reducing PSA and giving the false feeling of progress, but eventually the hormones have to be changed or stopped for 6 months, and still the PCa progresses slowly, exactly as it does for castrati. Roger Mason.

Tuesday, June 4, 2013.A study reported at the American Urological Association’s meeting held this year in San Diego found that men who used testosterone replacement therapy (TRT) had a similar risk of developing cancer in comparison with those who did not use the hormone.

“Given that some cancers are androgen dependent, there is concern that testosterone replacement therapy will increase a man’s risk of developing cancer,” Michael L. Eisenberg, MD of Baylor College of Medicine in Houston and his associates write. “To date there are no long term, prospective studies which evaluate the incidence of cancer in men on testosterone supplementation.”

The study included 786 men who had data available concerning their serum testosterone levels. The subjects’ age averaged 46.8 years upon initiation of testosterone therapy or at the first office visit recorded in the researchers’ database. Three hundred ninety-seven men were receiving testosterone replacement.

See Testosterone is Your Friend: 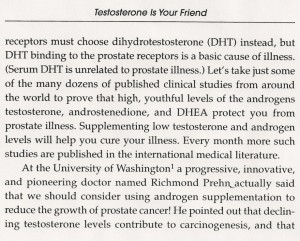 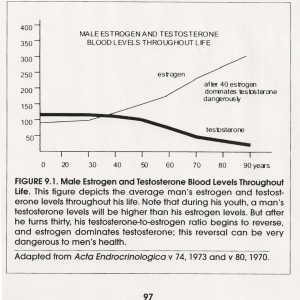